Come now, and let’s reason together
Our website uses cookies to improve your online experience. Accept | Find out more
< Back

Can leaders truly be healers? Lessons from Elijah 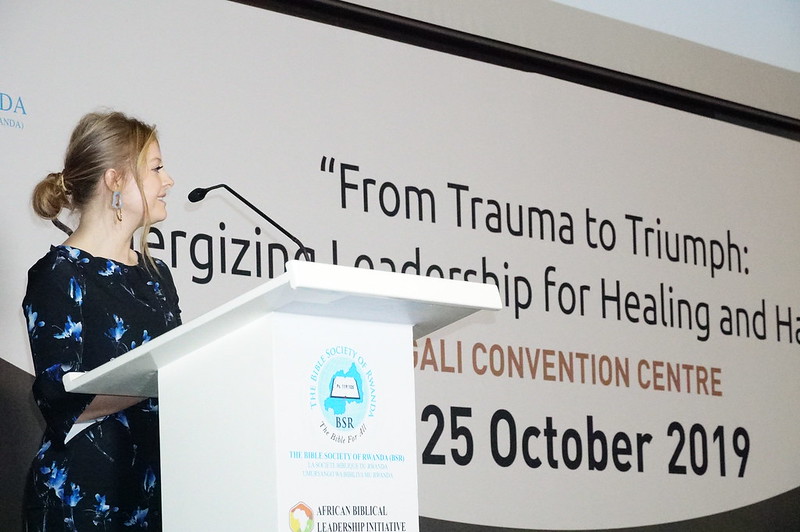 Can leaders truly be healers?

Asked to speak on 'Leaders as healers: a biblical perspective', Noémie Smith said she had wrestled with the idea until she had realised that the only true healer was God.

Smith, who works for the British and Foreign Bible Society and has an MPhil in International Peace Studies, said: 'Without God, we have no answers to the evil, the suffering or the hopelessness in this world. Without God, ultimately, leaders have nothing meaningful to say in the face of trauma.'

She drew on the story of Elijah and the prophets of Baal in 1 Kings, and on the dramatic battle for supremacy between them that culminated in the deaths of the prophets and Elijah fleeing the retaliation of Jezebel. He meets God in the still, small voice and is told to 'Go back the way you came. I reserve seven thousand in Israel – all whose knees have not bowed down to Baal and whose mouths have not kissed him.'

She drew out three lessons. First, do not run away in the face of trauma. 'History has shown time and time again the consequences of ignoring trauma. Trauma is not only the legacy but also the cause of war, it is fuel for cycles of violence and generational trauma that lead to renewed escalations.'

She said: 'A nation can only really move forward in a sustainable way by acknowledging, addressing, and being honest about the trauma, both individual and collective of its people.'

Second,  she said, 'lift up your head and listen out for God’s gentle whisper'. 'In the face of trauma, there are so many things that can assail us on every front – as a leader, it will feel insurmountable, but we have God on our side. He sustains us. He strengthens us. He guides us.'

Peacemaking is at the heart of the Christian gospel, she said. Forgiveness is 'looking the trauma straight in the face and deciding to tackle it and overcome it with God’s strength'.

Third, she said, leaders should be prepared to 'go, return to where you are needed, fulfilling the role God has prepared for you for the 7,000'.

For political leaders, going back to the 7,000 might mean looking after people in education, health, housing, security and law and order. It will mean tackling corruption at every level of society, she said.

She called on the audience to value the Bible as 'the most valuable thing this world affords' and to hear its own stories of trauma and loss. 'The concept of lament is central within the Bible,' she said. Healing from trauma is not straightforward. However, she said, 'helping people, facilitating ways to navigate these choppy waters is the role of a leader, walking with people and pointing back to God as the ultimate tower of refuge and strength'.

She concluded: 'Leaders cannot heal people – they cannot do what God alone can do. But leaders do have the power to move people forwards. They also have the power to prevent people from moving forwards, maybe because it’s uncomfortable, or painful, or controversial.' She called on the audience to choose whether they would address the trauma or ignore it.